Towards the next 100 years! Quo Vadis?

By Upsilon SecretariatFebruary 27, 2019 No Comments 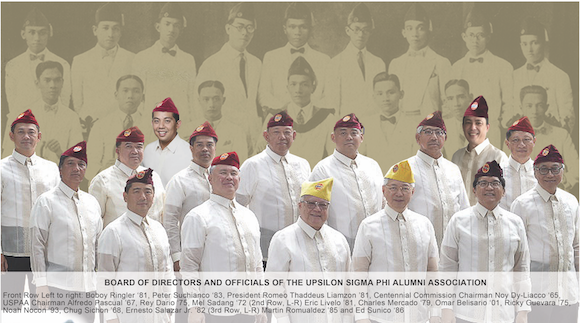 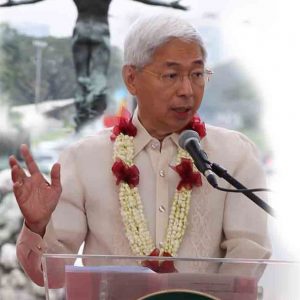 Thus, Upsilon is often seen as exclusive.   But exclusivity lies in how it chooses new members. True to its motto “We gather light to scatter” Upsilon recruits bright, talented students from diverse disciplines and hones their potential as future leaders – to be scattered like light to shine and excel in their chosen professions and spheres of influence.

During the past 100 years, Upsilon has produced leaders and experts in such diverse fields as Law, Medicine, Science, Arts, Social Sciences, Business, and Education. In public service, it has contributed a President, two Vice Presidents, Senate Presidents, House Speakers, Justices, and many other national and local officials.

Towards the next 100 years, I expect the Upsilon Sigma Phi to continue its mission of gathering and developing men who can lead in their communities, organizations, and professions and contribute to true national progress,” Pascual says.

“And past and future generations of Upsilonians will remain bound as one – sworn to the Upsilon Credo – the belief in their capability to grow and be of greater service to their fellowmen and their abiding faith and loyalty to the ideals of their Alma Mater and country.”

But surely, there will be a need to evolve with the times, as Upsilon has before.

So the USPAA is now plotting the course for the next 100 years of the Upsilon and this includes active participation in socio-civic projects in various parts of the country and around the world.

Pascual explains that while the Fraternity only has two chapters where a student can be invited to the Upsilon, its alumni have several active chapters in the Philippines and abroad to serve as platforms for service.

We are looking forward to a more participative type of Fraternity that acts on the needs of the communities around us – to be a proactive organization for the greater good, added Pascual.

If you make Pascual’s term as U.P. President a benchmark, he will surely succeed with Upsilon Sigma Phi’s evolutionary plans.